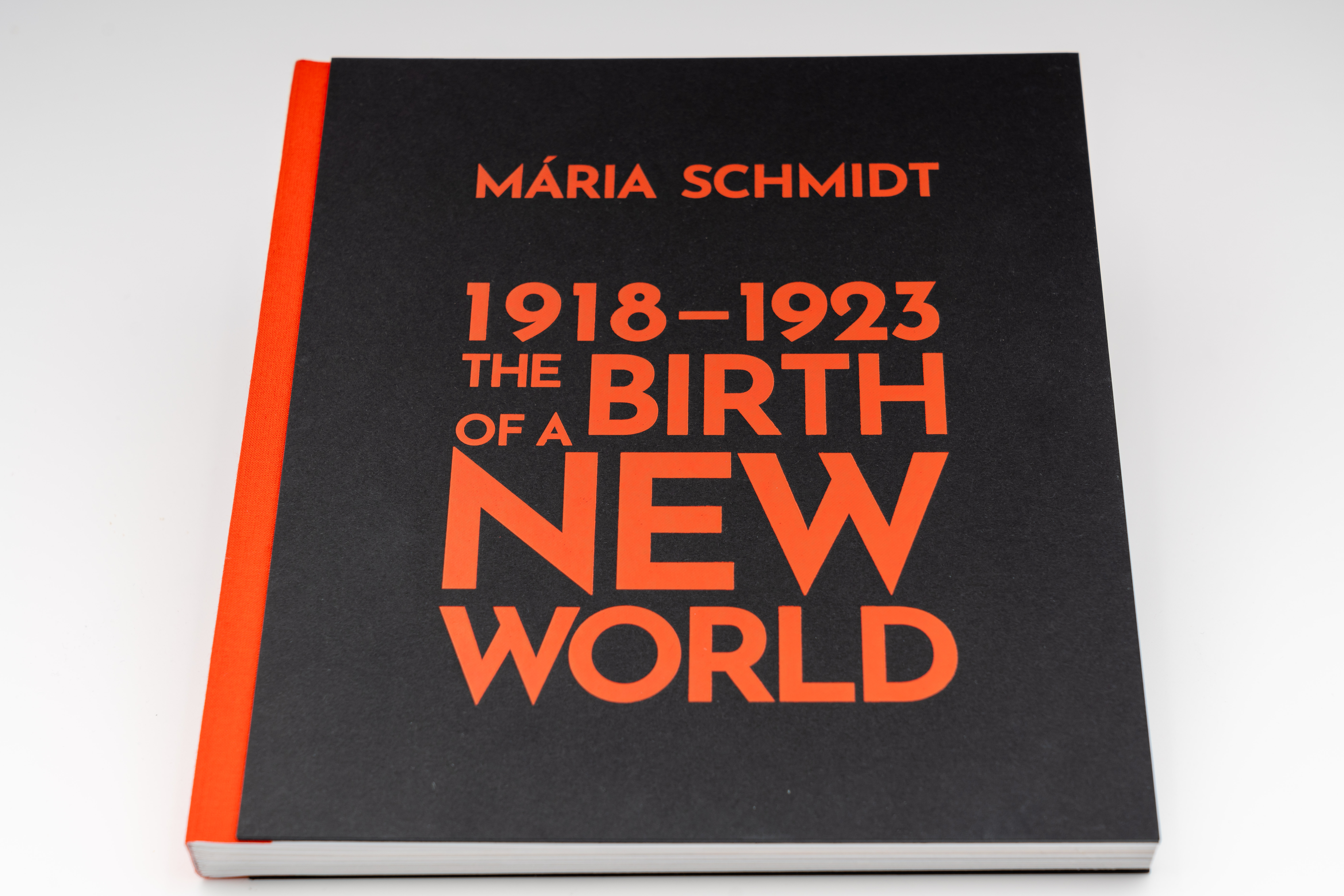 The conflagration that erupted in 1914 and then reached worldwide dimensions exploded and put an end to the old world, while opening the way to a new, unprecedentedly cruel era which is customarily called the short twentieth century. The first attempts at interpreting the Great War stemmed from the logic of the war itself and thus described the events as a struggle between Good and Evil. Many people still support that narrative. Mária Schmidt’s essay entitled ‘The Birth of a New World – 1918-1923’ is one of the first intellectual attempts at transcend the explanations based on diametrical oppositions. A mere hundred years have passed since that era and this book can therefore fairly be defined as a real beginning.

This volume which has now been published in English was originally launched in March 2019 in the Terror House Museum by sociologist Frank Furedi and Terror House Research Director Márton Békés.

‘This is a very courageous essay that will be found provocative by people and I am sure will trigger intense debates’, Frank Furedi said. He went on to say that he didn’t mind that, since debates are essential elements of discourse on history. During the launch event, Márton Békés said Mária Schmidt’s book represented a holistic approach and revealed that many conflictual issues of our age originate from World War One and the decisions taken by the great powers in its wake. Mária Schmidt, he said, addresses those issues “with unique authenticity and sincerity”.

The author told the audience of the launch event that she had long considered World War One the most important event of modern history. ’None of its episodes can be described without going back there. That’s where everything began’. She also said she thought World War Two was over, while the First World War was still going on.

’The Birth of a New World – 1918-1923’ groups events into four chapters from the end of World War One in 1918 until the birth of the new world that is the leading role of the United States. The abundantly illustrated volume is closely linked to the exhibition in Budapest’s Castle Gardens Bazaar under the title ’A New World was Born’ whose chief curator was Mária Schmidt.

The book is for sale at the Terror House Museum bookshop, at the entrance to the Castle Gardens  Bazaar exhibition as well as in major Bookshops.