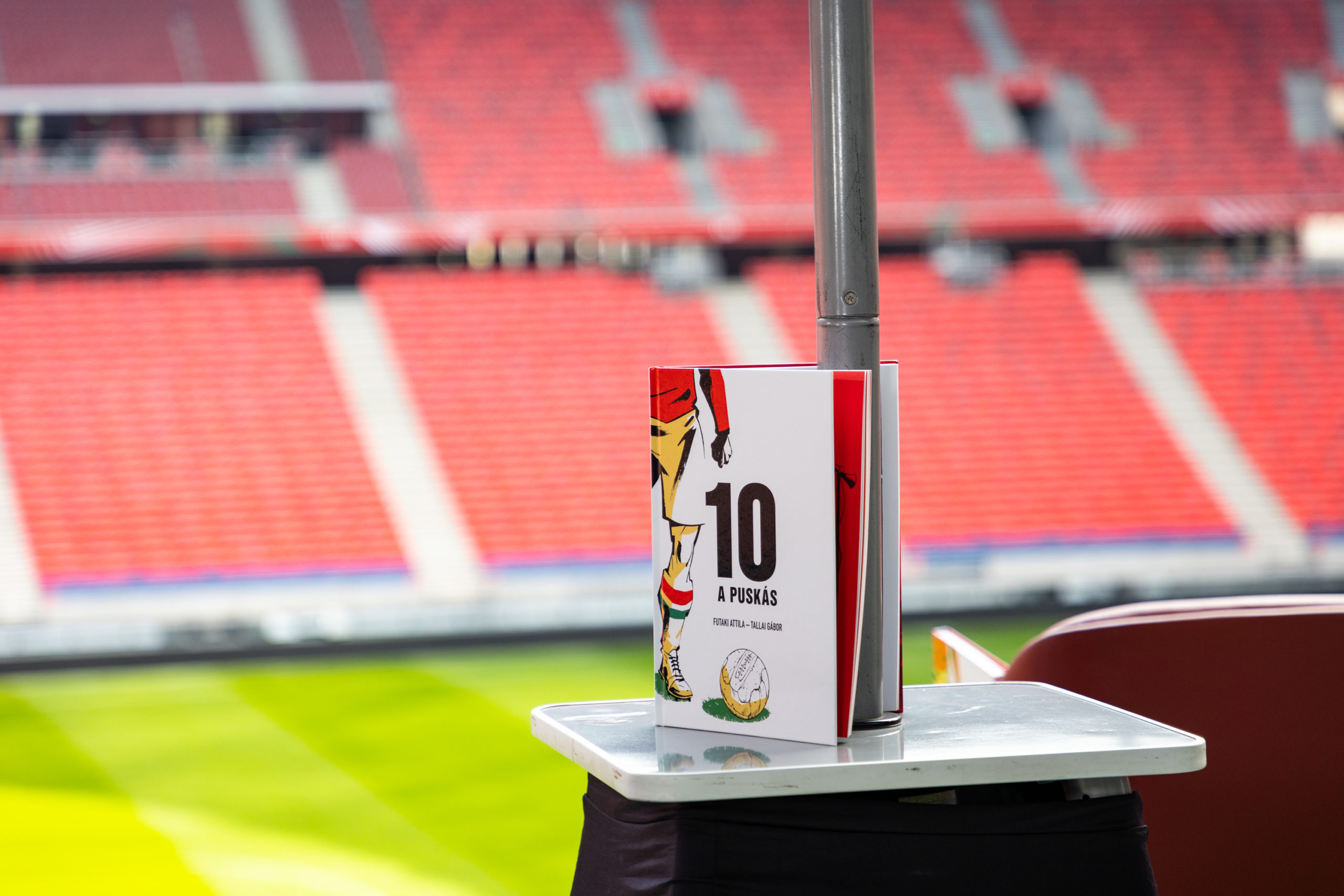 Attila Futaki and Gábor Tallai’s comic book on the world’s best-known Hungarian, Ferenc Puskás “Buddy” who was born on this day 94 years ago on April 1st, was published, the House of Terror Museum reported in a press release.

A comic on Ferenc Puskás

The Public Foundation for Research on Central and Eastern European History and Society (KKETTK) has undertaken to publish a new, exciting, and important chapter in Hungarian history – now a comic book remembers the legendary captain of the Golden Team, Ferenc Puskás.

The comic, which was unveiled on Wednesday, is based on both real events and the creative imagination, due to the nature of the genre. The authors use a number of visual and verbal elements that allow the reader to learn not only the story of Ferenc Puskás, but also his characteristics in different periods of his life, both at home and abroad. The visual humor and the timely text in the book provide entertainment, knowledge, and an opportunity to recall the heroic age of Hungarian football for everyone from young to elderly.

Professor of history, and the editor of the book Mária Schmidt writes the following in the introduction:

“Puskás… and the whole world knows who he is. There was once a brilliant footballer who dazzled hundreds of millions of people. His talent and ingenious play were comforting to us during the Soviet occupation, terror, and Communist oppression. His light began to shine when we gave up. “Buddy” then had to defect, and we were forbidden to talk about it. Yes, there was a time when politics wanted to dictate whom to love, whom not to love, whom to look up to and whom not to look up to. We continued to love “Buddy,” though, just as he wanted to return to us. Ferenc Puskás (known on every continent, and even a planet is named after him) remained the same on top of the world as well: a guy from Kispest with a mischievous smile. “Buddy.” With this comic book, we salute “Buddy” Puskás. Because “Buddy” Puskás made Ferenc Puskás great. His career is unrepeatable, and his fate is an unparalleled success story.”

This is the second comic book by the duo. They started creating the comics on “Buddy” Puskás after their book “The Angel of Budapest” that’s remembering the heroic battle of guys in Pest in 1956.

At Wednesday’s presentation, György Szöllősi, editor-in-chief at Nemzeti Sport, congratulated the creators and the publisher in a video message as the ambassador to represent Puskás Heritage. He explained that Attila Futaki and Gábor Tallai had developed the timeless, uplifting and peculiarly Hungarian story of Puskás in a completely new genre with a very unique approach and set of tone. It is a pleasure to share this project with the new generations.

György Szöllősi added: “To the delight of western European children, Puskás appeared a few times in comics in the ‘60s, even in the legendary Tintin book series. However, he has just become a Hungarian comic book hero – to everyone’s satisfaction.”

The comic book can be purchased on the House of Terror webshop and in bookstores: